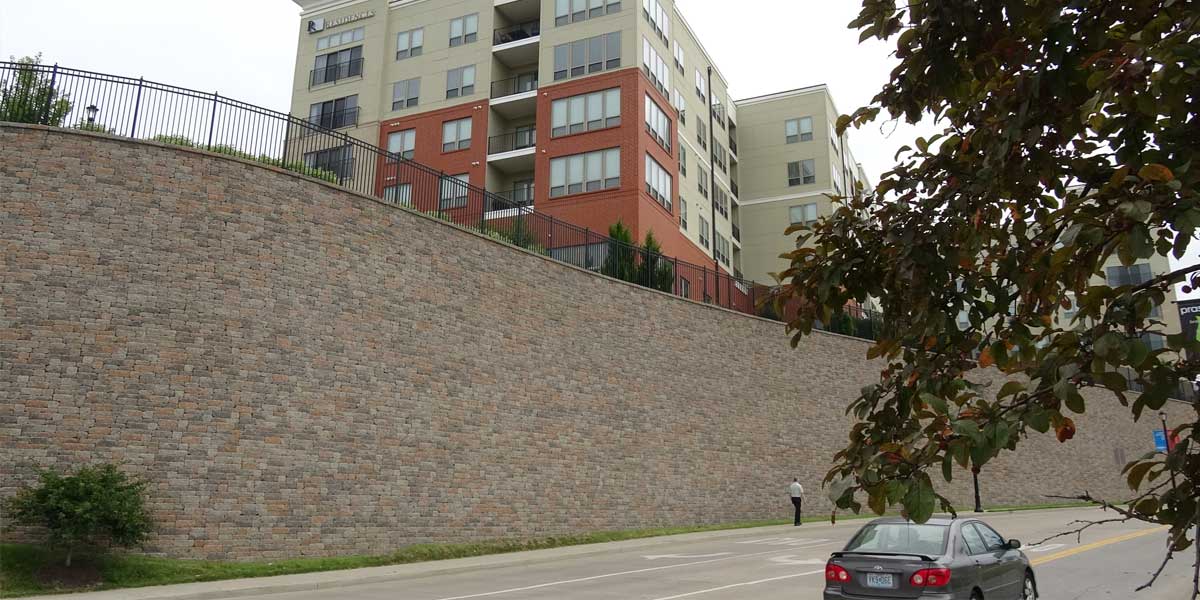 For decades, an odd artifact greeted visitors headed into historic St. Charles, Missouri: a giant restaurant designed to mimic Noah’s Ark. Today, the former site of the kitchzy 1960’s structure is home to an upscale mixed-use community which utilizes a number of hardscape products from Midwest Block and Brick. 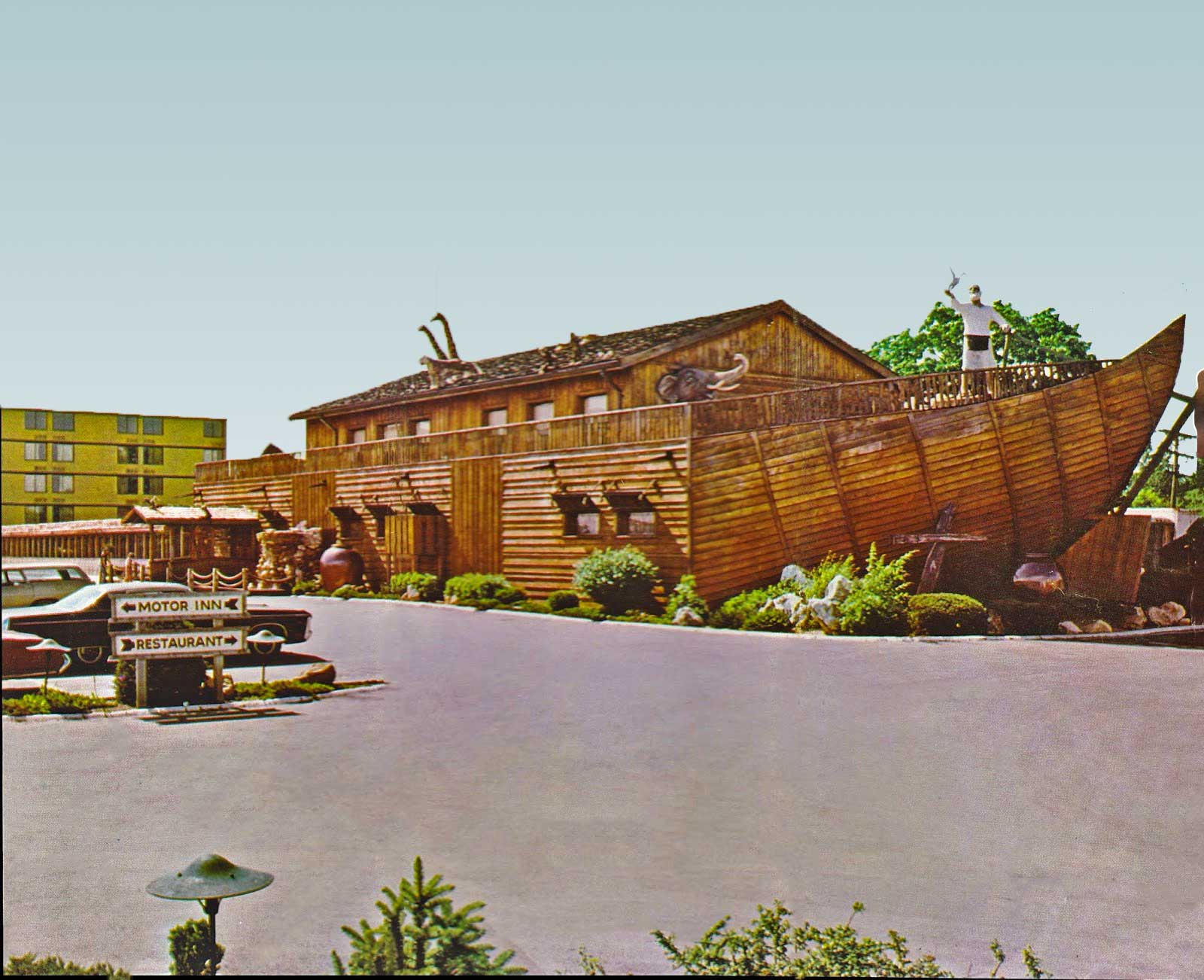 “A lot of cities go through transformations,” says Midwest’s Mark Wilhelms. “In this case, there was an old restaurant and hotel literally at the front door of historic Main Street in St. Charles. The city wanted to recognize the history of where Lewis and Clark started the exploration to the west coast, but they also wanted to be seen as a modern contemporary city. So, this plot of land was a prime spot for the new development, The Streets of St. Charles.”

One of the first challenges in redeveloping the 27-acre site was the construction of an impressive 30-foot high concrete segmental retaining wall. “There was a massive slope that required a very large retaining wall to maximize land usage,” says Wilhelms. “I’ve seen big walls that are plain concrete along a highway and they look very institutional, very flat, no color to them. The city knew that they couldn’t allow a wall to go up like that. It would just destroy the look and feel of what they’re trying to achieve along the Missouri River. So the city and the developer went back and forth to find a solution that provided an aesthetically pleasing wall for the community.”

The material finally chosen for the wall was VERSA-LOK® Mosiac, a 3-piece concrete segmental retaining wall system manufactured by Midwest Block. “In this case, each unit is tumbled to give it an aged, weathered look,” says Wilhelms. “The system is made up of three different sizes that are installed in a pattern. Even though it looks like a very complex random pattern on the wall, it’s very easy for the worker to install. There’s a simple four-unit pattern that allows for optimum spacing to attach the geo synthetic reinforcing to the wall.”

Wilhelms says the original wall was completed in 2012 and continues to reflect the careful workmanship that went into creating the structure. “The contractor did a phenomenal job of keeping the beautiful serpentine curves to the wall. The layout was beautiful. The blending, placement, the technical aspects of the construction, the backfill, the batter to the wall, the slope of the wall--everything really came together to make this massive wall fit in the community.”

As the project expanded its footprint, developers later added new sections to the original wall. “They were really pleased with the consistency of color between the first wall and the second wall--the consistency of building two walls at two separate times. It’s a good testament to the production quality and the consistency the units have over time,” says Wilhelms.

David Mudd, hardscape sales representative for Midwest, agrees. “What struck me was when I realized the original wall was five years old,” says Mudd. “That shows the precision with which the Versa-Lok product was manufactured and installed.”

In later phases, developers worked to tie-in Rosetta® Belvedere, a manmade product that replicates the look of quarried stone. “Installers married the continuation of the original Versa-Lok Mosaic wall with Rosetta for high visibility signage, landscape beds, and so forth,” says Mudd.

He notes that Rosetta Belvedere is ideal for projects that require high-end aesthetics and speedy installation on a tight budget. “They originally wanted saw-cut natural stone; that was going to be anywhere from 50 to 100 dollars a square foot. Rosetta is a wet-cast concrete product that’s great looking at a very competitive price point.”

Developers also looked to Midwest for complementary concrete products for use in other aspects of the desirable community. Additional hardscape products used in the development include concrete interlocking pavers specifically designed to stand-up to heavy vehicular traffic and unique pre-cast bio-retention basins. “Even though they’re different products for different applications, there’s still a continuity of materials and color blends,” says Mudd. “The entire site is really designed to have curb appeal right on arrival.”

Today, the development is a prime destination for retail, dining, and entertainment while offering hotel accommodations, residences and office space. The Streets of St. Charles is owned and managed by Cullinan Properties, Ltd.

“We wanted to be a partner with the developers and the design team to help them realize their vision while still being mindful of schedule, budget and other constraints,” Mudd says. “We’re glad to be a resource, willing to not just say: no, that’s not a stock item; we can’t help you. We want to try and figure out if there’s a way for us to be able to provide that solution. I think that’s something we take pride in here at Midwest Block and Brick.”

Midwest Block & Brick is one of the largest and most efficient masonry and landscape companies in the United States.